Emmy Award winning composer, producer, singer and songwriter Jool known for his soundtrack work as heard in The Vampire Diaries (Alive), Familie Braun, Sherlock-The Empty Hearse, Lost Girl-Scream a little Dream, Justice League and many more started playing the guitar at the age of 9. At the age of 14 he began to write and produce his first own songs and learned a couple of instruments like Bass, Drums and Keys besides.

Since the early 2000s the style icon toured around the world as solo artist and guest musician with  Michael Sembello, Kim Sanders, Howard Donald, Alle Farben, Bed and Breakfast, Juliette Lewis, Marlon. After enjoying many years of experiences resulting from collaborations, Jool decided to unite a pool of musicians, composers, producers, engineers amongst other creatives he met over the years and called his vision “Good Luck Recordings”
A name not without reason. Fashion labels took his style ideas into their collections, filmmakers into movies, musicians took over concepts that made them successful, song titles entered the charts, which complied in collaborations delegated by him.

An example for his passionate teamwork is the ZDF co-produced TV Series “Familie Braun”. The  production team trusted Jool very shortly before release and asked for help in completing the soundtrack. Jool composed, produced and supervised a part of the soundtrack. In late 2017 the series won the International Emmy Award in addition to the German Comedy Award amongst other awards.

“Music first”, Jool said. “At first I just make music writing books, making films or whatever.
Whether in the end someone knows whether it was me who created something or not.
My ego doesn’t care. I just want to send unfiltered emotions and messages of love into the world”.
An underground star par excellence, as the press once described him, because he always remained independent and shunned populism.
You can hardly find interviews  or press about him in the net. Although he is anything but inconspicuous as an apparition, instantly polarized and unmistakable, he is all about sharing joie de vivre and inspiration not to reach fame.

You can describe his music as a Tarantino road trip, dirty bluesy, the same time futuristic genre eclectic and always a flirt with the future the same time with the past. Everything might happen, Deep House with bluesy slide guitar, trad. flamenco with crying Was Wah solo guitar, 80s pop meets future dance, House Electro meets Rock, Bossa Nova flirting with Hip-Hop. You can enjoy his unique sound creations daily on TV and radio worldwide, from RTL to ARD, from SWR to WDR, BBC to FOX, from France 2 to Nederland3…

In 2010 he first met  Motown musicians behind all time greats like Ray Charles, James Brown, Aretha Franklin, Jackson 5.
In Los Angeles he organized some live recordings with Hall of Fame musician Don Peake. On drums James Gadson, Bass Freddy Washington and many more.

Early on, Jool was interested in recording technology and film music. His first recording studio was a 4-Track Yamaha tape recorder with a drum computer and various stringed instruments. By that time he received an invitation to London from the Oasis label Big Brothers Recordings, who heard his first demo recordings and certified: “Lots of potential”.  They offered him a collaboration. At the same time he received an offer from EMI in Germany. He initially decided to stay in Germany.

Jool always develops new vocal characters. Listen to his songs “Strong Hearts”, “Alive” , “American Toy”, “La Vida”, “A Dream for a Lover”, “Turnings”, “America der Lenz ist da” or “What is love”. Its all him singing and often playing all instruments.
Its funny to listen that because it unleashes his comedy talent. By his own admission, Jool felt wonderful in the role of the class clown at school back in the years.

In 1999, Selected Sound released Jool’s first solo instrumental album, which combined elements from Deep House, Blues, Hip Hop, Future Funk, Rock and Electro. Followed by several other albums on which he unfold his love to world music how to fuse native world music. A good example is Acoustic Fusion and World Fusion from the years 2001, 2002. On his album Movie Road, the artist  incorporated more Indian, Arabic and Spanish elements.

Nature always played a leading role in Jool’s life. So he always stood up for her. Extraordinary nature trips by bike in early childhood were also included. Sometimes he went spontaneous on European road trips with his band projects to get inspiration for new songs and ideas. Again and again, the artist is inspired by traveling to unusual places to new music concepts and compositions. For his instrumental album “The Mystery of the Golden Road” he traveled for several months through Asia and Australia in 2016.
In 2019 Jool co-produced and mixed the debut album of  Voice of Germany winner Natia Todua. The album “Miss You” including Love Letter is a respectable success.
May 2020 there was a touching collaboration with Udo Lindenberg during the corona pandemic. When the result will be made available to the general public has not yet been announced.
In 2020, Jools new studio album “The A&O” has been released by Warner Chappell. In 2021 his new solo album VFX ROCK will be released. 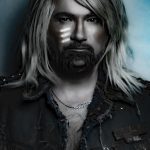 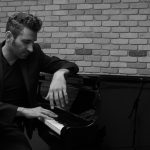 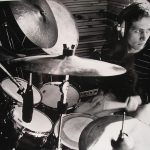 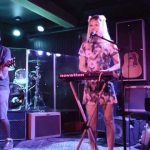 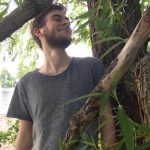